The walkway through Dean Valley is immensely popular with joggers, dog walkers, pedestrians and cyclists, with sometimes as many as 1,200 people a day. 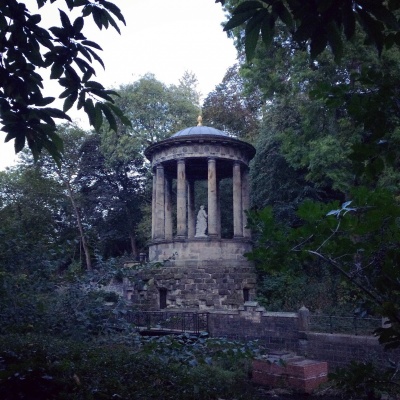 The walkway though Dean Valley is part of the 12.25 miles long Water of Leith Walkway that runs all the way from Balerno to Leith, via the heart of Edinburgh. All parts of the public footpath and cycleway are very popular and the Dean Valley walkway is no exception.

In partnership with Living Streets Scotland, a charity promoting safe everyday walking in the UK, we installed automatic counters beside St Bernard's Well, in the heart of Dean Valley, to find out how many people exactly were using the walkway on a daily basis. 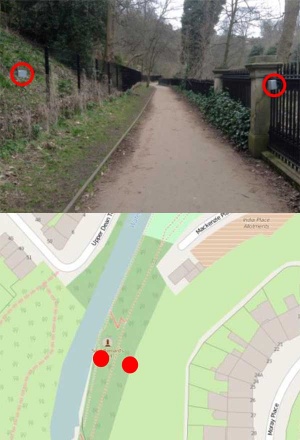 Livings Streets Scotland have now provided us with the numbers for five selected weeks, and the numbers tell the tale of a busy valley all through the year.

The numbers naturally drop slightly when temperatures go down but between between 23 to 29 September 2015 there was still significant traffic in the valley with a total of 5161 people, over 700 a day, using the path. Even in cold, dark December last year over 500 people a day continued using the path, as numbers show that between 2 and 8 December 2015 a total of 3589 people passed the well.

These numbers clearly show the significance of Dean Valley as a natural recreational environment and highlight the importance of its maintenance.

For more detailed numbers and graphs, see Living Streets’ data for September and December 2015, and March, June and August 2016.

The counters did not not distinguish between cyclists and pedestrians and provided us only with numbers of total passings. We plan to further investigate the habits of those using the walkway and what their views are on the walkway’s condition and accessibility.

If you wish to share your views on the Dean Valley walkways and paths or would like to get involved with our work, please send us an email.

To find out more about Living Streets and the work that they do, visit their website.