On Sunday June 6th a large horse chestnut tree was uprooted from the bank downstream from Belford bridge falling across and blocking the Water of Leith. 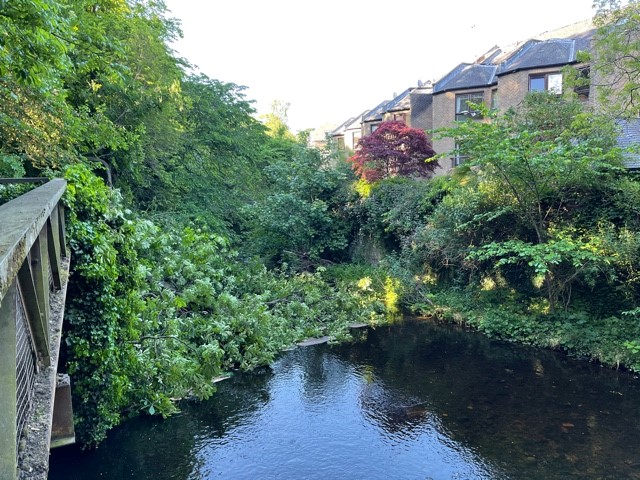 Immediate work to cut and lift out the trunk and branches from the water was initially carried out by the City of Edinburgh Council (CEC) Forestry department to allow the river to flow freely. However, 16 days later on the 23rd June work was still being carried out due to the difficult working conditions. 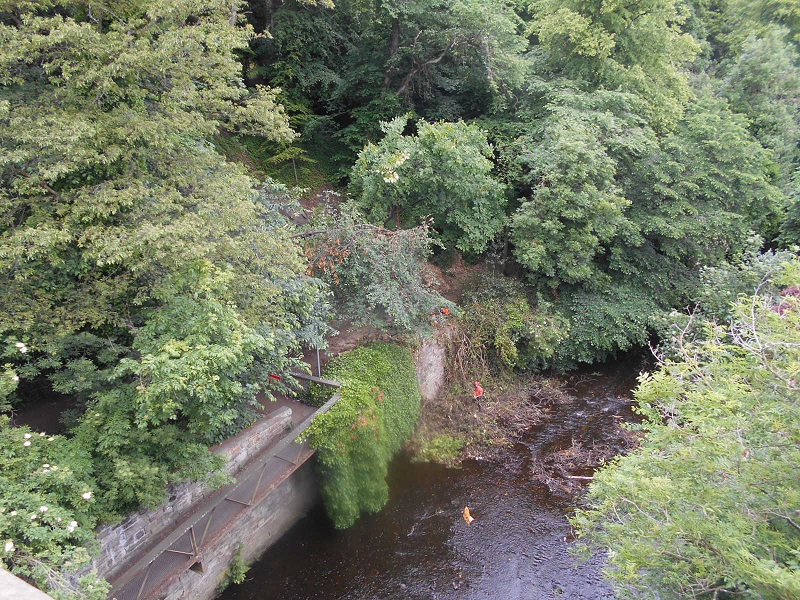 The path continues to be blocked from the Gallery steps to the small pedestrian bridge into Sunbury Place causing cyclists and pedestrians to cross over Belford bridge rather than under it.

Problems arising due to trees falling into the river from the banks is not a new phenomenon and more attention should be paid by both the CEC and the private garden owners to tree maintenance along the riverside.

Wet unstable ground combined with unpruned trees which are too heavy for their root structure frequently fall over in summer. The horse chestnut, which fell, was more than 10 metres up the hillside from the river edge. 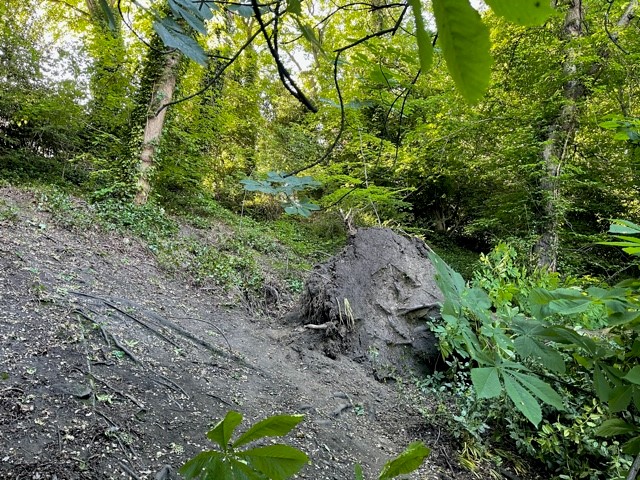 Another tree which fell across the Water of Leith from the Dean Gardens river bank, some years ago, destroyed the railings, belonging to the CEC, on the opposite side public walkway. The tree, an elm which had been growing on the rocky bankside, had to be removed from the river, with a winch, by a contractor paid for by the Dean Gardens committee (DGC). 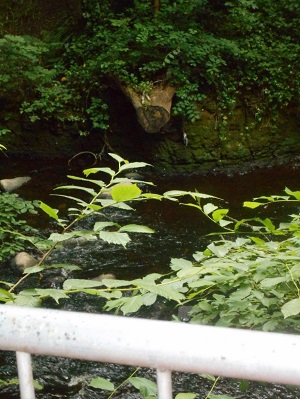 However, the DGC insurance company has refused to pay for the damage to the railings saying that it is the responsibility of the CEC to restore them. Three years later there remains an ugly fence along the public walkway and no resolution to the damage which was caused by neglecting the management of this tree. Had the Dean Gardens Committee been responsible enough to have commissioned a Conservation Management Plan and maintained the river bank to the same standard they do the gardens the CEC would not be in this invidious position of trying to recoup the cost of restoring the railings from them. It does not seem fair. 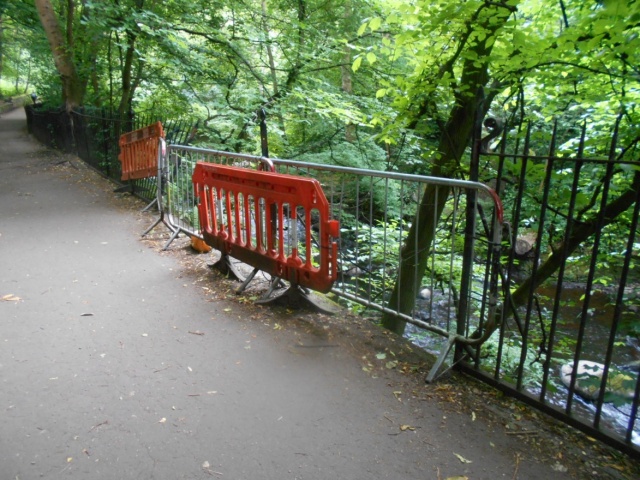