According to our recent survey, fitness and walking to the shops are the main reasons why Dean Villagers use the Dean Valley walkway to Stockbridge. More than half said they would use the walkway more often if the path was improved. 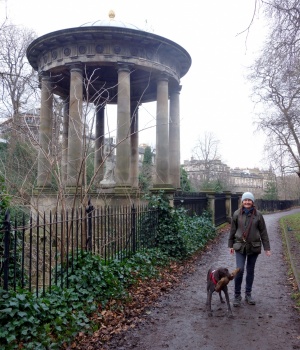 Following a survey conducted in November 2016, with a 16% response, the majority of walkers are using the pathway more than once a week.

Though the path was generally considered safe and clean many wanted a more even surface, better maintenance to include sweeping up leaves, lighting and a speed limit for cyclists. More than half said they would use it more often if the path was improved.

Generally those walking regularly felt that the landscape was poorly resourced and managed and were wanting better upkeep of the path and overhanging trees. When asked what improvement would they most like to see 18% said that better drainage was their key request. Removal of ivy from growing up trees was another request.

The walkway through Dean Valley is immensely popular with joggers, dog walkers, pedestrians and cyclists, with sometimes as many as 1,200 people a day. This survey follows a year of weekly counting of users which varied from 3589 in December 2015 to 8870 per week in March 2016.

Read more about our work with charity Living Streets Scotland, counting how many people are using the walkway on a daily basis.

'Over the years I have enjoyed this peaceful riverside walk, an amazing amenity in the middle of a City...' was a common comment from those surveyed.